Recent California wildfires have cost us all more because of unprecedented losses of structures and lives. With increasing temperatures and wind speeds projected as a result of climate change, we expect future wildfires to be even more costly. Even if future wildfire damages were roughly the same as Californians experienced in the past two years, it would cost the electric utilities less to underground their distribution lines over the next 30 years ($87 billion, by my estimate) than to continue their fire prevention policies ($174 billion) in rural areas.

Senate Bill 901, passed in September 2018, requires that utilities “minimize the risk of catastrophic wildfire” and authorizes the undergrounding of power lines. I urge the Legislature to require the undergrounding of electric utility distribution lines, starting in the most-hazardous rural areas. 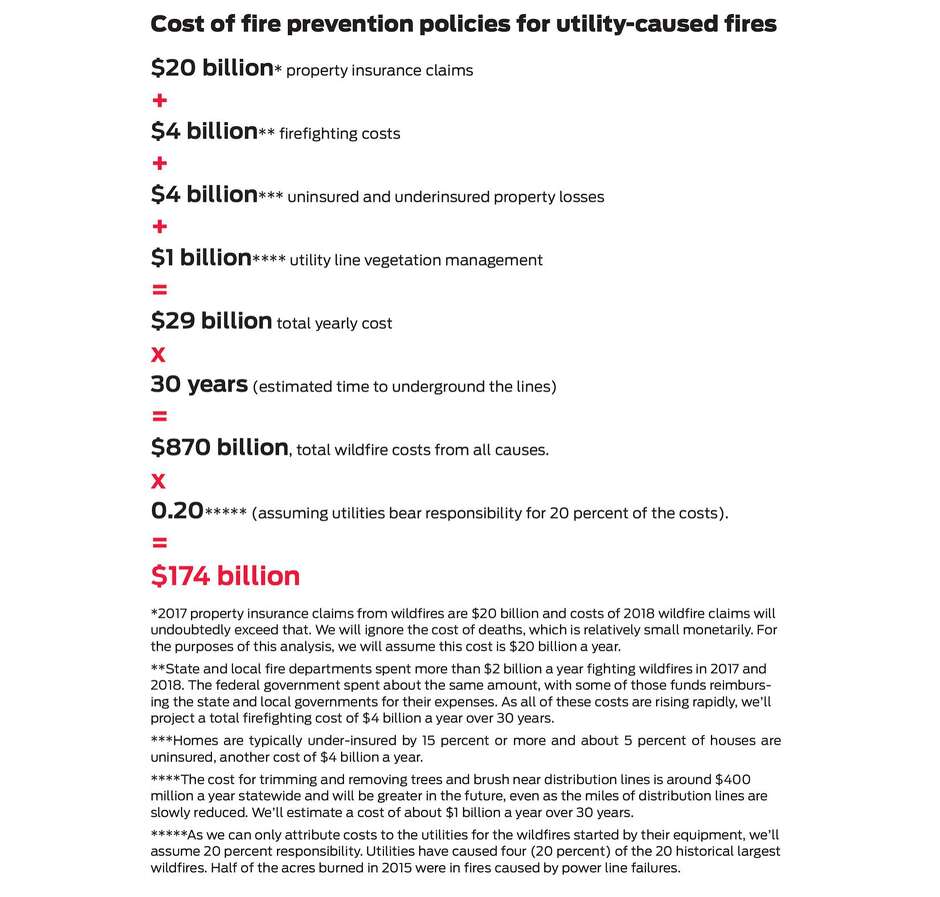 One obvious alternative is undergrounding in rural areas all distribution lines (excluding high-voltage transmission lines on steel towers). Most new development in California has been required to underground local distribution and service (drop) lines since 1967. 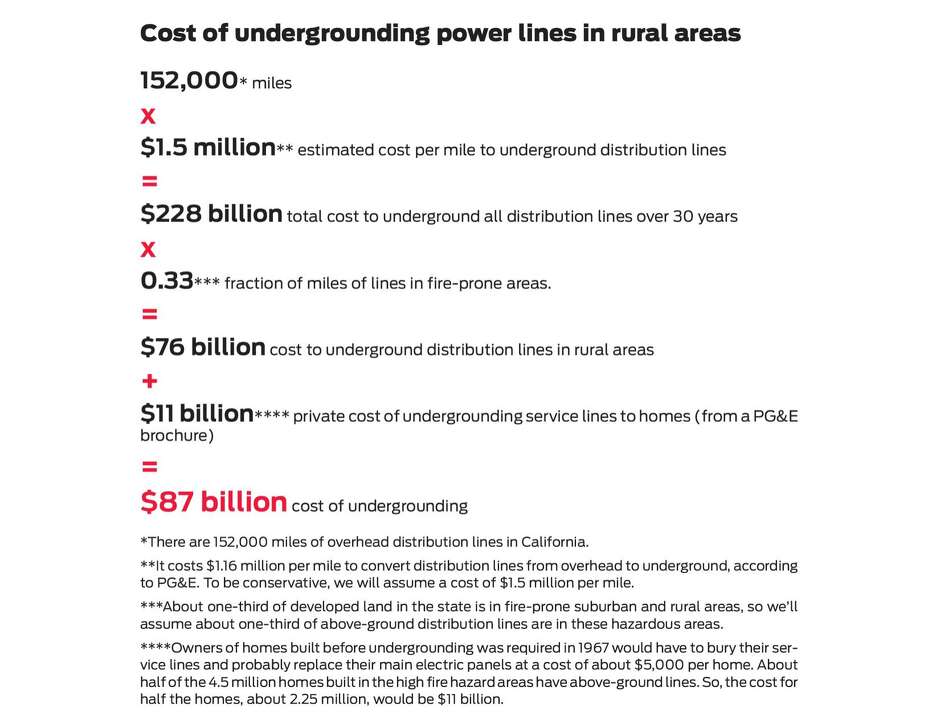 Using the data, reports and articles that I’ve researched, the 30-year comparison shows current policies will cost about $174 billion and undergrounding would cost $87 billion in rural areas. Undergrounding is very likely the less-costly policy, even given the uncertainty of these projections. In addition, undergrounding will give rural residents greater peace of mind and more trees nearby to enjoy. Also, property values will increase in many areas.

Robert A. Johnston is a retired UC Davis professor of environmental planning who lives in Inverness — in a forest.

PG&E California Utility, Will File for Bankruptcy Over Deadly Fires